Please find some key findings from the report below as well as our press release. An infographic on our updated DRLs is attached to this email and our full report and video are available on our website. 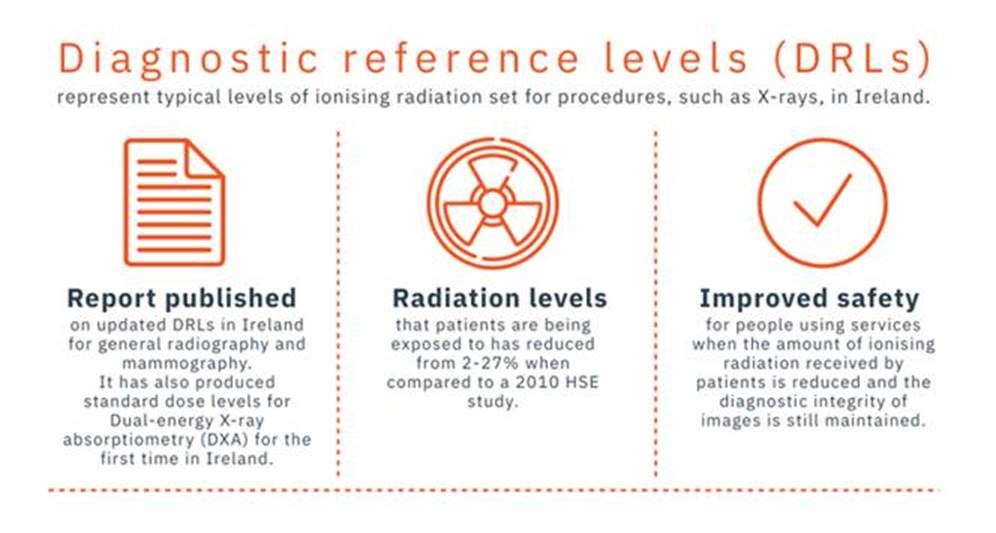 HIQA found that the level of radiation patients are being exposed to has reduced when compared to a 2010 HSE study. Reductions ranged from 2-27% for all medical imaging procedures reviewed as part of this study. This new national DRL data compares positively with recently published European DRLs, as the vast majority of Irish DRLs, for both adult and paediatric radiography, are below that referenced in guidance issued by the European Commission.

It was noted that the total number of general X-rays conducted in Ireland has remained mostly consistent since this was last surveyed in 2010, however increases have been seen in screening mammography services. 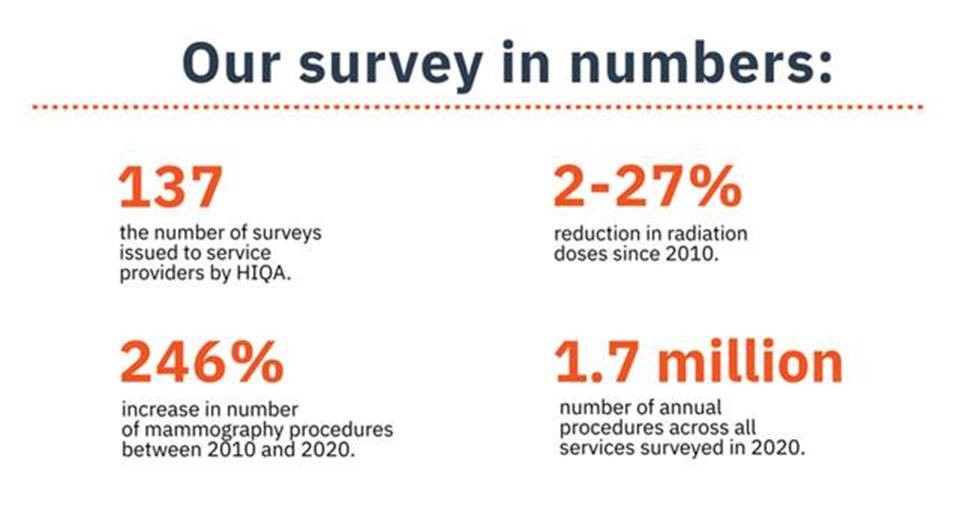